We do not handle residential landlord/tenant disputes. Please contact the South Carolina Bar for assistance, or visit the following page on this website. 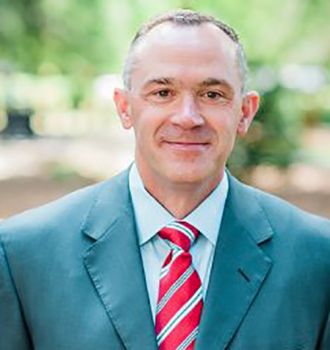 Pennington Law Firm, LLC was founded in Columbia, SC in 1995, and after downsizing, relocated to Beaufort, SC in 2019.

The following is a summary of some of the highlights of Mr. Pennington’s legal experience.

DAS. Mr. Pennington is an industry leader and concentrates a large portion of his practice on transactions related to neutral host multi-carrier in building systems, commonly referred to as Distributed Antenna Systems or “DAS.” Most of the DAS transactions are complex and involve large enterprise venues like professional football, basketball, and baseball stadiums; college stadiums and campuses; hospital campuses, large hotels and resorts, and large Class A office buildings in large metropolitan areas.

Representation of Multiple Stakeholders. Mr. Pennington has represented multiple industry participants, including wireless communications carriers, tower companies, both large and small, wireless infrastructure providers, municipalities, fiber companies, and electric utility companies. Each of these entities plays a combined role in the deployment of broadband and the technologies of tomorrow.

"I've grown alongside the industries I work in. Over the last 30 years, my firm has evolved from a small company into a highly-regarded national practice."

National Practice. Mr. Pennington has a multi-state practice representing wireless-related entities for the deployment of wireless infrastructure and technology. Some of the Firm’s larger transactions have touched every state with the acquisition of more extensive tower portfolios, as well as the disposition of wireless assets.

Utility/Pole Attachment Experience. Mr. Pennington has knowledge and experience with the Pole Attachment Act and the rules and regulations as they relate to the deployment of fiber and wireless communications technology on existing and new utility poles and similar structures. Mr. Pennington has negotiated pole attachment agreements on behalf of utility companies and wireless communications companies. Mr. Pennington has been very involved in assisting clients in deploying fiber and small cell technology in the public rights-of-way at a state, county, and municipal level. Mr. Pennington worked with the Municipal Association of South Carolina and other industry participants to develop a model ordinance for the deployment of small cells in the public rights-of-way.

Fiber Company Experience. Mr. Pennington has also represented fiber companies in the deployment of fiber technology and small cell technologies in the public rights of way.

Electrical Utilities Experience. Mr. Pennington has represented electrical utility companies in South Carolina on a wide range of issues including condemnation, property acquisitions and dispositions, and land use matters for the installation of new rights of way, substations, and other utility installations.

Drafting Zoning Ordinances Experience. Mr. Pennington has drafted or negotiated changes to many county and municipal zoning ordinances as they relate to the deployment of wireless communications technology. He started doing this in the late ’90s and has continued to do so as technology changes have dictated further amendments or complete revisions to these ordinances. Most recently, Mr. Pennington has also assisted municipalities in South Carolina with updating their existing ordinances related to the deployment of wireless infrastructure and technology.

Active in Industry Conferences. Mr. Pennington attends many industry-related conferences, including the Above Ground Level, the HetNet Forum, the Wireless Infrastructure Association, Connect X, and the DAS Congress each year as a means of staying informed of industry trends.